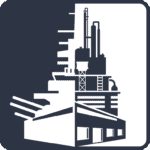 An engaging and impactful speaker and author, William Toti is an authority on military transition and defense acquisition. With 26 years of military service and 40 years of personal and industry defense experience, Mr. Toti is no stranger to what it takes to establish a path of success.

Also intimately acquainted with the details and the survivors of the USS Indianapolis (CA-35) World War II cruiser, Captain & CEO William Toti speaks to keep their story and memory at the forefront of United States history. As a survivor of the September 11, 2001, attack on the Pentagon, William Toti also brings a living account of first-hand details concerning the day that changed America forever.

Intimately acquainted with the details and the survivors of the USS Indianapolis (CA-35) World War II cruiser, Captain & CEO William Toti speaks to keep their story and memory at the forefront of United States history. As a survivor of the September 11, 2001, attack on the Pentagon, William Toti also brings a living account of first-hand details concerning the day that changed America forever.

Schedule your consultation to experience the benefits of Toti Consulting LLC – your approved federal contractor.

The Truth about hiring veterans into leadership positions in your company

Let’s say you hire 10 veterans at an average salary of $100K, totaling $1M in compensation.  Data shows that 43% of those veterans will leave your company within the first year.* That’s $430K of investment down the drain.  Why does this happen and what can you do about it?

For 15 years, Mr. Toti worked his way up the chain of corporate industry. With positions including vice president at Raytheon, Hewlett Packard, HPE, and DXC, president of Cubic Global Defense, president of L3’s Integrated Maritime Systems, he spent more than a decade running multi-billion-dollar global defense businesses. This culminated in his role as CEO of Sparton, where he restructured and doubled the company’s value in two years, taking the company through the successful sale by Cerberus Capital Management to Elbit Systems of America.

He has two versions of this talk, based on target audience.

When speaking to companies, he addresses corporate leaders who are not veterans.  While thanking them for hiring veterans and encouraging them to continue doing so, he challenges conventional wisdom as it pertains to veteran skills and what a company can do to help their veterans succeed.  It does not help veterans when corporate leaders treat them differently relative to other employees.  Nor does it help the vet when leaders are reluctant to have difficult conversations with them.  After all, the true metric for doing the right thing as it pertains to veterans is not how many vets you hire, but the degree to which those folks succeed.  Mr. Toti discusses veteran leadership skills, management stills, strengths and weaknesses, and describes how to build a company training program that will maximize your investment in your veteran new hires.

When speaking to transitioning military, Mr. Toti ensures folks understand that the military transition assistance training (sometimes called “Skillsbridge”) will mislead them.  This is not intentional, but it also should not be surprising.  The people giving that training have not themselves succeeded in industry, so how can those instructors know how to advise you on these matters?  At best, the training they give you will be irrelevant.  At worst, it has the potential to increase your potential failure.  Learn from someone who transitioned after a full active duty career, then fought his way up the corporate ladder to rise to the rank of CEO.His seminal talk, titled “Situational Leadership,” covers various military leadership styles, and what modifications need to happen to help the veteran transition well into an industry role.

Doing the Right Thing: You’ve seen the movie Jaws. Now hear the truth about how the Navy abandoned the crew of USS Indianapolis

After a record breaking, high speed trip in 1945 from the United States to the Pacific Island of Tinian, World War II heavy cruiser USS Indianapolis (CA-35) was headed to Leyte, Philippines by way of Guam. Her captain and crew had just unknowingly delivered important components of a top-secret weapon to Tinian, where the B-29 bomber Enola Gay was stationed. Little did the commanding officers and crew know that within days they would have helped put an end to the war by delivering components of the atomic bomb that would soon be dropped on Hiroshima.

Instead, the cruiser set off for the Philippines’ island on training duty after being denied a request for an escort to accompany them. On the fateful night of July 30, 1945, the USS Indianapolis was spotted by Imperial Japanese Navy submarine I-58. It was on the brink of what would become the greatest sea disaster in the history of the US Navy.

Shortly after midnight on July 30, the first Japanese torpedo struck the starboard bow with a second torpedo hitting amidships moments later. At the call to abandon ship, the surviving officers and crew plunged from the burning ship into the dark waters of the Pacific Ocean. Within 12 minutes, the ship and around 300 of it’s 1,195 crewmen went down into the Mariana Trench, the deepest oceanic trench in the world.

With many men covered in oil and badly injured, approximately 900 remaining sailors and Marines banded together in groups to stay alive until daylight, hoping to be rescued when their ship did not pull into port as scheduled. However, help never arrived.

For almost five days, the officers and crew of the USS Indianapolis struggled in the water, facing the blazing heat of the day and the hypothermic temperatures at night. Many succumbed to injuries, lack of fresh water, and hopelessness. On top of the struggle to stay alive was the terror of what became the deadliest shark attack in US history. By the time that the men were spotted by a routine US air patrol, the ranks had been tragically diminished. Seven ships would be sent to rescue the brave crew, but only 316 survivors remained. To add insult to injury, USS Indianapolis (CA-35) captain Charles Butler McVay III was court martialed on December 19, 1945, by the Navy and charged with the death of 879 men for failure to zigzag his ship during the dark hours of the night in the open sea.

For over 50 years the survivors of the USS Indianapolis tried to clear the name of Captain McVay, recruiting Captain William Toti of the fast-attack submarine USS Indianapolis (SSN-697) into their cause in 1998. Captain Toti became a major player in the exoneration efforts to clear the name of Captain McVay. Through their tireless efforts, Captain Charles B. McVay III was exonerated on October 30, 2000, by the United States Congress and President Bill Clinton.

On July 30, 2020, William Toti was requested to speak at the Congressional Gold Medal ceremony recognizing the 1,195 crewmen and officers, including the eight remaining survivors of the tragedy. He continues to share the story of these exceptional men, keeping both the memory of their ship and their crew alive and well.

As a military expert on the story of the USS Indianapolis (CA-35), close friend of surviving crew members, and a major player in the Congressional exoneration of Captain Charles B. McVay III, William Toti brings incredible insight and knowledge to one of the most impactful stories in US history.

From documentaries to speaking engagements, Captain Toti is dedicated to the story and details of the USS Indianapolis. Inquire today about speaking availability for your event.

Leadership "In the Moment." My experience from the Pentagon on 9/11

After his command, nuclear submarine USS Indianapolis (SSN-697), was decommissioned in 1998, William Toti was transferred to the Pentagon in Washington D.C. Serving as special assistant to the Vice Chief of Naval Operations, Captain Toti was working in the Pentagon when American Airlines flight 77, hijacked by al-Qaeda terrorists, dove into the building at 9:37 a.m. on September 11, 2001. The impact on that fateful day happened approximately 100 yards from Captain Toti’s office on the E Ring.

Realizing he had survived, Captain Toti rushed from his office toward the site of impact but quickly discovered that the damage the building had sustained was substantial. He rerouted to lower floors and

out of the building to assist at the collision site. William Toti helped to evacuate multiple casualties, including Antoinette Sherman, the first person to be airlifted from the scene. She is featured in William Toti’s personal narrative from October 2001 titled “Three Thousand Antoinettes.” This narrative describing his experiences during the September 11, 2001, attack on the Pentagon was incorporated into the book Operation Homecoming, published by Random House (2006).

For almost twelve hours, Captain Toti worked at the impact site as the Pentagon was engulfed in flames. He set to rescuing casualties, assisting wounded survivors, tending to the injured, and taking charge of efforts to receive the “expectants” – those who were not expected to survive that day. Later in the day, he was placed in charge of approximately half of the military who were on site. After William Toti arrived home that night, he received phone calls from friends and loved ones, including calls from survivors of the World War II cruiser USS Indianapolis (CA-95).

On September 11th, 2001, 184 civilian and military workers perished in the attack on the Pentagon. The very next day, the majority of staff, including William Toti, reported to the Pentagon to work to defend the United State’s security as the nation went to war.

As a survivor of the attack and the subsequent Chief Naval Operations Damage Control Assistant, William Toti conveys his poignant and emotional account as he speaks to contribute personal, living-history testimony of the events that happened at the Pentagon on that day. As one of the first people on site, he provides significant details from a both personal and military perspective of many hours of being on the scene of the attack.

His story of survival and his role in directing rescue efforts are detailed in the 2016 PBS documentary, “9/11: Inside the Pentagon” and the 2020 History Channel documentary “9/11: The Pentagon.”

William Toti now speaks, actively encouraging people to “never forget” what happened on both that day and the powerful days of unity that followed the worst terrorist attack in US history.

From documentaries to speaking engagements, Captain Toti is dedicated to the story and details of the September 11th attack on the Pentagon. Inquire today about speaking availability for your event.

Send a message to William Toti, Retired US Navy Captain directly with your questions and requests.